Unless you’ve been disconnected from the events of the past few days, you know that Donald Trump is no longer president of the United States.

He was defeated by Democratic candidate Joe Biden, becoming one of only four presidents of the modern era not to be re-elected. But he also became the first American president to lose the popular vote in consecutive elections. And all for its aggression.

And how could it be otherwise, Trump has announced that he does not accept the result and that he will start a legal battle in court, denouncing “electoral fraud”.

Now that Donald Trump is about to leave the White House in January, many point to the possibility of the president declassifying intelligence files on many sensitive topics, including UFOs.

‹‹ You can spread all the information you want via Twitter. Literally, it’s legal for me to leave anything: UFO files, Russian stuff, total discretion. ››

And many experts believe, after several media outlets announced the 2020 presidential election victory for Democrat Joe Biden , that if the current president of the United States fails to achieve his goal, then the ” Great Revelation ” will begin .

Remember that Trump has touched on the UFO issue on multiple occasions.

During an interview with his son, he talked about Area 51 and asked him if the president will consider letting us know there are aliens before his term ends.

‹‹ Many people ask me this question. Sounds like a good question ›› Trump replied to his son.

‹‹ There are millions and millions of people who want to go there, who want to see it. I won’t tell you what I know, but it’s very interesting. ››

A Trump was also asked existence of UFOs during an interview in October with the TV presenter of Fox News, Maria Bartiromo.

In this case he was much more energetic and said he would investigate more thoroughly US intelligence reports on the existence of UFOs.

He went even further in his statements and launched a series of threats to possible extraterrestrial races who decide to invade our planet.

‹‹I tell you››  said Trump. ‹‹ We have now created an army like we have never had in terms of equipment. ››

“The equipment we have, the weapons we have and I hope, I hope we must never use them. Russia, China, everyone envies what we have had. ››

‹‹ All built in the United States. We rebuilt it, $ 2.5 trillion. As for the other question, I’ll check. I actually discovered it two days ago. ››

Everything seems to indicate that we are facing the “ Great Revelation” .

For years there has been speculation as to how they would let us know about the existence of the extraterrestrial life , from presidential speeches to the announcement of the NASA story.

But that’s not the case, the last thing we expected is for Donald Trump to be revenge for not being re-elected. Be that as it may, we have already written several times about the possibility that governments do extraterrestrial disclosure in 2020 .

Although we hope that Trump does not suffer the same fate as John F. Kennedy , who was assassinated because he should have “publicly admitted the existence of intelligent extraterrestrial beings on our planet”.

Do you think Donald Trump will reveal the secret files about UFOs and the existence of extraterrestrial life? Or is it all part of the “loser’s plan?” 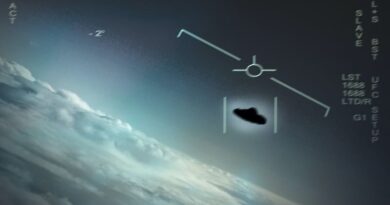 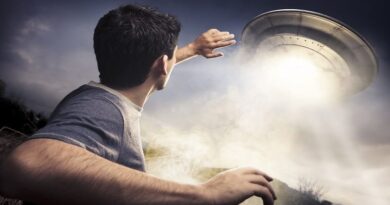 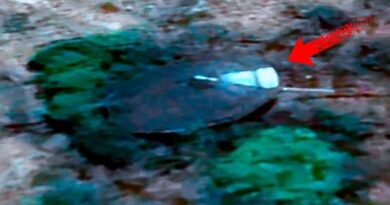