Millions of people are familiar with the face on the surface of Mars  photographed in the Cydonia region of the red planet, but the official explanations leave much to be desired and many wonder if it is an artifact of an ancient civilization.

But now there is a new face to think about: one revealed by the melting of the ice of our planet’s frozen south. What is called the ” Face of Antarctica ” is causing great confusion among UFO hunters, skeptics and scientists.

The aliens of Antarctica or the remains of an ancient civilization?

The alien face of Antarctica is a sight to behold. It was discovered by cousins ​​Blake and Brett, who run the ” Third Phase Of Moon ” YouTube channel . Discovery already made in the past in 2013 by an Italian researcher Matteo Ianneo . 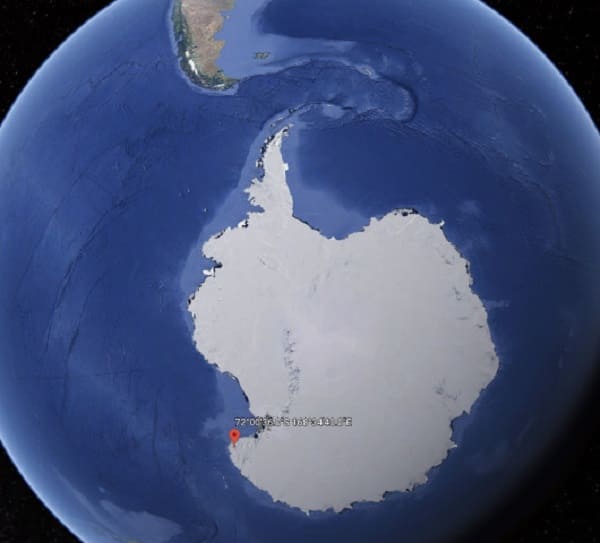 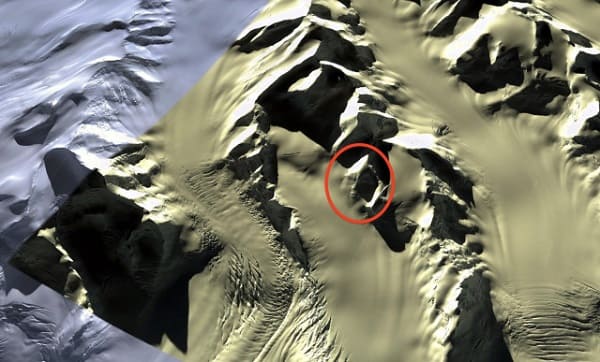 The pair have had success as UFO hunters who frequently scan google earth for alien images captured from space. The cousins ​​have amassed an impressive following over the years with their videos and commentaries on UFO sightings and other strange phenomena, which are also reflected on their Facebook page which boasts over 750,000 followers.

The mission of the cousins, according to their description on Facebook , is “to bring unfiltered videos, messages and searches in the field of ufology directly to the public!” The Antarctic face video is sure to bolster their success and fan base.

There are strange satellite images in the video , Blake states, ” It appears to be a huge ancient structure of a face type that is first revealed on Google Earth .”

The YouTube video is titled ” Gray Alien Face Captured in Google Earth Map of Antarctica “, as there are clearly facial features resembling an eye (with the possibility of the second eye just below the snowy landscape), a nose and a mouth. Over the face there may be a helmet.

Although interest in the face of Antarctica in the mountains is growing by leaps and bounds, the picture is actually not new. The satellite representation of Google Earth was originally recorded on September 28, 2012, in the Admiralty Mountains not far from Daniell, Hallett and Adare Peninsulas on the American side of McMurdo Station in Antarctica, as noted on the website of famous UFO researcher Linda Moulton Howe .

The alien face is half a mile long in the Admiralty Mountains at the upper right latitude / longitude between Adare and Hallett Peninsulas. ”

A giant face or Pareidolia?

Of course, skeptics always point out that the face is simply a product of erosion, that it looks human only because our brains developed to see such things, just like seeing faces in the clouds or interpreting meaningful images from a Rorschach test. . The technical term for this is “pareidolia” and is the effect that causes the mind to interpret shapes, structures and patterns as images that seem familiar.

Live Science explains: “ There are several theories about the cause of this phenomenon. Experts say pareidolia provides psychological determination for many delusions involving the senses. “

One writer noted: “ Possible what appears to be a proportionate set of eyes, nose and mouth, the mysterious ‘face’ has captured the imagination of conspiracy theorists who claim that Antarctica is home to all kinds of secrets. esoteric.

Numerous observers quickly noticed that the potential face bears an eerie resemblance to the famous ‘Face on Mars’ said to be in the Cydonia region of the Red Planet and was first photographed by NASA’s Viking 1 in 1976. ”

The Web site Curiosmos explained, “ Antarctica has become a repository for conspiracy theories, leading many people to speculate on the true nature of the frozen continent. One of the most famous conspiracy theories about Antarctica are the alleged supermassive, snow-covered pyramids that lurk in “plain sight”.

These alleged structures, which according to geologists are nothing more than natural formations, are said to be the remnants of extremely ancient civilizations that inhabited the Earth before our “civilization” became a reality . ”

Scientists have reported that Antarctica has lost nearly 3 trillion tons of ice since 1992 and it could very well be that the thaw is starting to bring the frozen south back in a new light. Will we begin to see more remains of an ancient civilization as more ice melts? 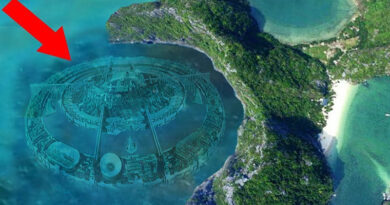 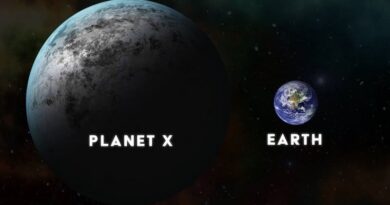 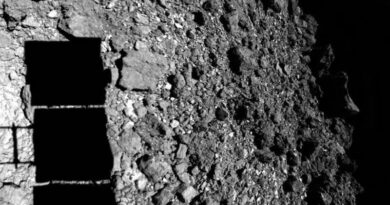