Enceladus is one of the most promising places in the Solar System to find extraterrestrial life.

First, because beneath a crust of ice that surrounds the entire world, there is a global ocean of liquid water. And secondly, because there were signs of the presence of hydrothermal activity and small organic molecules.

In Enceladus, in fact, it remains only to detect sulfur and phosphorus so that all the ingredients necessary for the appearance of life as we know it exist.

Composed of proteins, lipids or nucleotides – we don’t know about which we can’t say much.

A study just published in Nature has found a new trace that Enceladus is a seemingly ideal place for the development of extraterrestrial life.

Scientists from the Soutwest Research Institute and the University of Heidelberg have detected the presence of large organic molecules on this moon.

Evidence points to a huge variety of carbon-based molecules in the little moon ‘s ocean.

There are currently several priority candidates for seeking life outside the Earth. These are Mars, Europa (a moon of Jupiter) and Titan (another of Saturn’s moons).

But only Enceladus possesses, in addition to liquid water and organic molecules, a biogeochemical cycle capable of providing living beings with a source of energy.

A giant structure on Enceladus captured by NASA?

In 2005, the Cassini spacecraft began several flights near Enceladus , revealing its surface and environment in more detail.

In particular, Cassini discovered water-rich plumes that emerge from the South Pole region and have a composition similar to that of comets.

Of the photographs sent to Earth by the spacecraft, one appears to show a ” massive structure ” casting its shadow on plumes of water vapor.

But according to NASA scientists, they say their recent research suggests that much of the eruptive activity on the surface of Saturn’s moon could be in the form of large curtain-like eruptions rather than discrete jets.

Some disagree with this explanation, saying it could be the cast shadow of an alien base, for example, as it looks too uniform to be just water geysers.

They also believe that this structure was the main reason for the mission, in order to gather more information about that strange thing that had no explanation seen from Earth.

What can we see in this image? Plumes of frozen water or is there something else behind it? Leave your comment below. 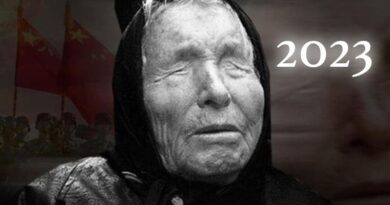 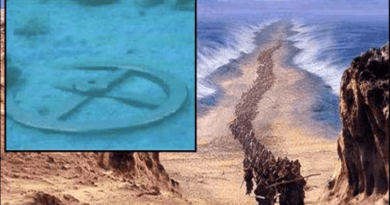 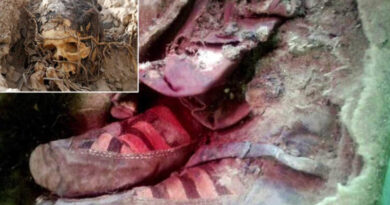